Many GTA home buyers rank a convenient commute high on their list of new-home must haves. Whether it’s the journey to the office, shops, schools, or a transit stop to embark on the next leg of a trip, commute times can be a major selling point when deciding on a home purchase.

For half a century, GO Transit has played a vital role in people’s commutes across the Greater Toronto and Hamilton Area. Over the next 25 years, the $45 billion regional transportation plan developed by Metrolinx will increase service and connect even more communities, in turn, improving commutes and housing options for all.

Beyond laying down new tracks and trains, Metrolinx has ambitious plans to transform how people get around by adopting the principles of what is known as design excellence. Design excellence is about more than just visuals, as Metrolinx is thinking about how their new transit developments should be designed to better integrate into communities, build ridership, and instill a sense of pride in transit.

In essence, the design excellence program by Metrolinx is about incorporating good urban design and architecture to help spur growth, increase sustainability, usability, and improve passenger comfort and safety. All while ensuring public dollars produce thoughtful and cost-effective results.

The ECLRT will have new and identifiable station buildings that support city building, clear signage, streetscaping to beautify the neighbourhood, as well as outdoor platforms with built-in snow melting that will reduce snow clearing costs and the need for salt, which damages vehicles and the environment. Metrolinx will also enhance neighbourhood connectivity with the ECLRT, incorporating designs that encourage sustainable travel options such as walking, cycling, and carpooling.

The transit project, which will stretch from Weston Road to Scarborough, will contribute to Toronto’s midtown in more ways than one, simultaneously creating new transit connections and improving the public realm.

The Davenport Diamond guideway will help increase service on the Barrie line and facilitate two-way electrified GO service, is another example of design excellence in action by Metrolinx.

The guideway initially drew some concern with residents in the area due to its size and proximity to households. However, through the principles of design excellence, which emphasize community engagement and public realm improvements, the benefits being proposed have since changed the tone and feelings from residents about the project.

Over public consultation sessions, Metrolinx outlined how design excellence promises that the guideway will not only allow for speedier transit service, but will also introduce a new piece of public infrastructure that contributes back to the community.

While design excellence was not built into many of Ontario’s transportation projects in the past, Metrolinx has made great strides to change this, by ensuring good urban design and architecture are part of the package.

The post How Metrolinx is Inspiring Transit Ridership with Design Excellence appeared first on TREB Wire.

Courtesy of the Toronto Real Estate Board. TREB Wire http://ift.tt/2p02lgK

I'm a REALTOR® with extensive experience serving buyers and sellers in the Greater Toronto Area. Visit my website http://pattyhomes.ca for helpful resources to guide your home-buying or home-selling process. Feel free to get in touch with me today at 416-878-2007. 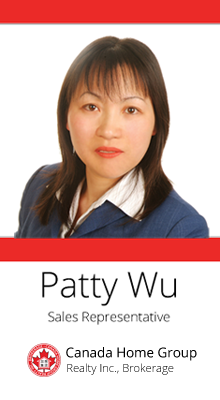